Progress Made in Developing Systems for Disaster Mitigation

Pilot project in Chattanooga uses an ultra-fast, high bandwidth system to help emergency workers, local officials and the public determine how to predict and respond to disasters 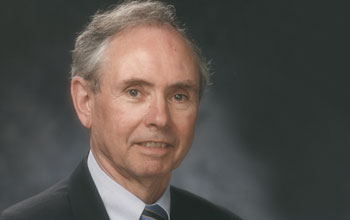 When disaster strikes, an effective response system will tell emergency workers where to go, and enable them to get there unimpeded. Residents will receive information they need in order to protect themselves. Moreover, if it works the way it's supposed to, the system will inspire public confidence.

This will ensure that people in the path of impending danger will heed the instructions they receive, and not ignore them, as has been the tragic case in recent history. "The system has to work well enough to have credibility, so that people will comply," says Henry McDonald, Chair of Excellence in Computational Engineering at the University of Tennessee, Chattanooga. "Compliance has been a big problem in the past because of this lack of credibility."

The National Science Foundation- (NSF) funded scientist is designing a computer-based disaster mitigation system via an ultra-fast high bandwidth system that he predicts will work well enough to inspire such a level of assurance. The goal is to train emergency workers in advance of an event, and deliver real-time information to workers and the public while the event actually is underway.

"There are a lot of high performance tools, computational methods, that can be integrated into a system, allowing you to run accurate scenarios on the computer of how a disaster might unfold, so you can identify weaknesses," McDonald says.

He and his research team are running such computer scenarios in creating the new system, using a computational model with a detailed layout of Chattanooga, Tenn., including streets and buildings, to study what, for example, could happen should a hazardous material be released in a corner of the city. Seeing the disaster occur computationally allows them to put important modifications in place to deal with it.

The "contamination," as played out in the computer algorithm, "was borne by the prevailing winds to go all over the city," McDonald says. "Traffic jammed up, and a lot of people were exposed. Thus, the idea was to identify and respond to the disaster in real time."

With such information, "you can make a prediction as to where this hazardous material is going to go, and can divert traffic around it, while directing emergency vehicles to respond," McDonald says. The computer model also "is looking at the real-time behavior of people and how they react in stressful situations. We're exploring what messages to give them, with the goal of saving lives and protecting property."

Chattanooga is a perfect city to test such a response system, since it has the largest community-wide, gigabit-capable network in the country, and an infrastructure able to support disaster mitigation. The researchers currently are installing a small number of sensors that will link to the network, and be able to detect potential hazards.

"The city has this very high-speed network already in place, and an integrated traffic management system tied into this network," he says. "Also, the police all have laptops where they can see street maps, locations and other vehicles in real time."

The work is supported by a White House initiative, US Ignite, and NSF, the project's lead federal agency, which aims to realize the potential of fast, open, next-generation high-speed networks. US Ignite expands upon the NSF-funded Global Environment for Networking Innovation, or GENI, which is laying the technical groundwork for the program.

US Ignite is connecting a series of high-speed, broadband resources to establish a "test bed" across universities and cities on a national scale, providing a fast, programmable "virtual laboratory" to allow academic researchers to experiment on future internets.

The new disaster mitigation system research is among the first US Ignite grants funded by NSF through its EArly-concept Grants for Exploratory Research (EAGER) program.

"What will the flooding do?" McDonald poses some of the questions the models will try to answer. "How can we evacuate the population in a reasonable amount of time? How many people are we dealing with? What roads will be available? We can work on this planning in time to execute, and also expedite, the recovery process."

Even during an emergency situation, these state-of-the-art fiber networks prove very resilient, McDonald says. "Quite a bit of the infrastructure will survive," he says. "The fiber is either on top of utility poles or underground. It comes up out of the ground, up the pole and into a portal. Police cars and fire engines hook into that portal via WiFi and get onto the network that way. There is a lot of communication ability we have now that we didn't have before, a lot of computing horsepower that we never had before."

Also, "the same type of [communication] system is available in cell phones, so residents, if they opt in to these systems, will get all the messages," he adds.

Although the pilot project for the system is set in Chattanooga, McDonald expects every city in the United States to benefit. "You need big computers, but you can access the Cloud and access large systems over high-speed bandwidth," he says. "If it works in Chattanooga, it can work anywhere."