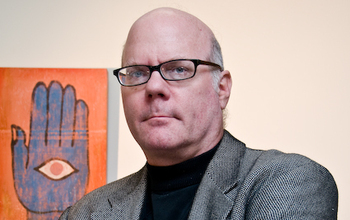 When it comes to decision-making, traditional economics holds that people are rational and know what they want. Moreover, they will make their choices influenced by whatever constraints are upon them, for example, the amount of money they have or don't have.

Behavioral economist Colin Camerer has been challenging those assumptions for years, producing new theories, and with growing widespread acceptance. He and his colleagues believe that the old models don't always work when they involve the behavior of real people, and that other dynamics often are in play. He is using the brain to find them.

The National Science Foundation (NSF)-funded scientist is looking directly at brain activity to see whether, and how, certain portions of the brain correlate with the values people express, and the choices they later make.

The goal, eventually, is to identify activity in certain areas of the brain, by seeing where blood flow occurs, and then compare these brain data with the decisions they make.

"For example, if you ask people to rate blueberries and elderberries, and you see their brain voxels [portions of the brain] associated with subjective value are more active for blueberries, you can assume that they will later choose the blueberries," even if they verbally gave elderberries a higher rating, Camerer says. "It's almost like a brain polygraph, where you may be saying one thing, but your brain is saying another and is more predictive of what you ultimately will do."

Camerer, a professor of behavioral finance and economics at the California Institute of Technology, is a recent recipient of one of this year's prestigious MacArthur fellowships, a $625,000 no-strings-attached award, popularly known as a "genius" grant. These go to talented individuals who have shown extraordinary originality and dedication in their fields.

NSF has supported his work since 1985 with a total of $5.07 million on a number of research projects that involve behavioral economics and neuroeconomics, that is, using brain scans to understand economic decision-making, all within NSF's Directorate for Social, Behavioral & Economic Sciences.

"We are trying to get the correct psychology about human nature into the theory of economics," he says. "We need a theory that can explain both when people are acting rationally, and when they are not. We are trying to add in the missing elements."

This research is now possible because of magnetic resonance imaging (MRI) technology that allows scientists to measure brain activity. Camerer and others believe it can be especially valuable when asking people to perform economic tasks or strategic games, or rate products, such as foods.

The potential of such experiments could mean that economists, ultimately, will no longer have to rely purely on historical data, that is, how people have behaved in the past, or outdated statistical models that try to predict how individuals should respond. Rather, the new research will allow behavioral economists to look directly into the brain and make more accurate predictions about what people are going to do.

The science of decision-making aims to get a more accurate fix on how people feel about buying habits, taxes, consumer products, travel and leisure, with broad implications for productivity and competitiveness, labor relations and consumer spending.

"Most new products fail, despite marketing, advertising and testing and focus groups," he says. "Consumers are finicky. Companies put out a new flavor of cereal that does well in focus groups, but then it sits on a shelf and people don't buy it. So any method that helps predict actual sales could be useful."

In one of his NSF-supported projects, Camerer did, in fact, look at food choices. His team provided subjects with a 2.75-second glance of photos of each of 100 different foods while their scanning their brain activity in an MRI machine. Participants then rated each food on a numerical scale; later, they looked at different pairs of foods and had to choose between them.

"We use a system called neural decoding," Camerer explains. "If you took the brain and diced it into cubes, you'd get about 50,000 three-millimeter cubed pieces, called voxels. We look at blood flow into each voxel. In general, when neurons are receiving input, blood is flowing in there. The question we ask is: can we find the voxels in the brain that correlate most strongly with subjective value--the rating of the food--and what they later choose? Then, when we find these 100 voxels that represent 'value,' we average them and see how well they predict the choices."

To be sure, this is more a proof of principle for future applications, since "you can't drag the machine around," for marketing studies; also, it is expensive to use.

"In a way, fMRI is really the last resort," Camerer says. "But we are interested in the whole brain. We don't know where these 100 voxels are; they could be in sensory, memory or motor-control areas--there could be all kinds of valuation sprinkled in all parts of the brain. fMRI is the only method that can look at the entire brain. However, there are much simpler and more portable methods that would probably work almost as well, such as measuring skin conductance, facial muscles, or pupil dilation.

"If you are trying to predict particular things, you don't necessarily need to go to brain imaging," he adds. "What brain imaging and similar methods have in common is that people see images or activities on a computer screen and we measure how they react biologically."