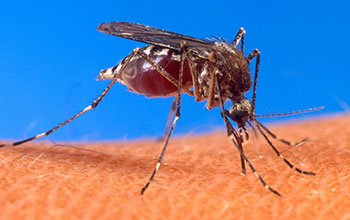 Scientists have discovered a new way of predicting dengue fever.

Researchers have devised a method to forecast outbreaks of dengue – a sometimes fatal mosquito-borne disease – as much as four months in advance.

George Sugihara, a mathematical biologist at the Scripps Institution of Oceanography at the University of California San Diego, and mathematician Martin Rypdal at UiT/the Arctic University of Norway, found that the size of human populations susceptible to contracting dengue fever during peak seasons of the year can be related to the stability of cases during off-seasons.

The research is published in the journal Nature Communications. "This research team has advanced mathematical modeling to predict disease outbreaks months in advance of their occurrence,” says Betsy von Holle, a program officer in NSF’s Division of Environmental Biology, which funded the research.

Adds Sugihara, “Minor dengue infections occurring in the period between outbreaks contain hidden information about how many people will be susceptible to the infection in the next outbreak. Being able to predict dengue outbreaks this far in advance has immediate public health significance.”

There are an estimated 390 million human cases of dengue fever worldwide every year causing 10,000 to 20,000 deaths. The research could enable public health officials to take steps such as ordering adequate supplies of medicines or safeguarding vulnerable populations.