The Smell of Money 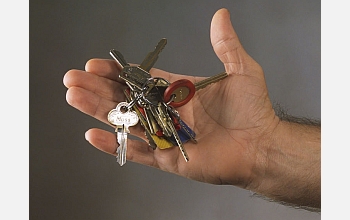 Researchers have found that the molecules in "metallic" smells contain no metal.

It's not hard to recall the pungent scent of a handful of pocket change. Similar smells emanate from a sweat-covered dumbbell or the water emerging from an old metal pipe. Yet no one has been able to identify the exact chemical cause of these familiar odors.

Now, researchers supported by a National Science Foundation (NSF) MUSES award and the UFZ Environmental Research Center in Germany have shown that these odor molecules come not from the penny or the pipes, but from metal-free chemicals erupting into the air when organic substances like sweat interact with the metallic objects.

The researchers--Andrea Dietrich, Dietmar Glindemann, Hans-Joachim Staerk and Peter Kuschk, all from Virginia Tech in Blacksburg--published their findings in the Oct. 20, 2006, Angewandte Chemie International Edition.

"We are the first to demonstrate that when humans describe the 'metallic' odor of iron metal, there are no iron atoms in the odors," said Dietrich. "The odors humans perceive as metallic are really a body odor produced by metals reacting with skin."

Because the makeup of byproduct molecules depends on which organic substances are reacting, the researchers believe the findings could help identify problem odors in potable water or aid doctors searching for disease markers in sweat or other body fluids.

The study, which focused mainly on the reactions of biological fluids with iron, also examined the scents emanating from iron in blood.

"We speculate that the 'blood scent' may result from skin reacting with ferrous iron because the same 'metallic' odor is produced if you rub blood on skin," said Dietrich.

One of the chemicals produced in the reaction is 1-octen-3-one, which has a mushroom-metallic smell and very low odor threshold, meaning that humans can smell it in extremely minute concentrations.

"This may have provided an evolutionary advantage that allowed early humans to track wounded comrades or prey," Dietrich added.