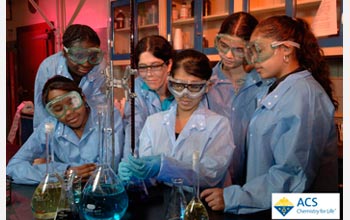 The National Science Board (NSB) has selected recipients of the 2009 NSB Public Service Award: Roald Hoffmann of Cornell University, and the American Chemical Society's Project SEED summer research program. This annual award recognizes people and organizations that have increased public understanding of science and engineering.

Roald Hoffmann, Frank H. T. Rhodes Professor Emeritus of Humane Letters and professor of chemistry at Cornell University, is recognized for his extensive, broad-reaching and diverse contributions to increasing public understanding of science and, more specifically, fostering appreciation of the relevance of chemistry to culture.

"Dr. Hoffmann has reached out broadly to both the public and the scientific community to emphasize the essential role of chemistry in the world, and has built bridges between chemistry and other sciences, the arts and humanities, and the general public," said NSB Chairman, Steven Beering.

In addition to being active in chemistry research for decades and receiving the 1981 Nobel Prize in chemistry, Dr. Hoffmann has engaged in a lifelong effort to educate the public about chemistry and its place in culture. His creative activities are numerous and include: narrating a PBS television course, "World of Chemistry," an introduction to chemistry that is used widely in secondary school classrooms; writing columns, essays, poetry, and books that explore the interrelatedness of chemistry, philosophy, and culture; and developing and staging plays, cabarets, and dance performances that illustrate the interactions between science and culture.

"The Board acknowledged that the SEED Project has been credited with both influencing the decision of participating students to attend college and encouraging those students to pursue science degrees," noted Beering.

ACS estimates that over 9,000 students have participated in the Project SEED program over its 40-year history. According to a formal survey conducted by ACS in 1996, approximately 70 percent of Project SEED students have earned degrees in science (and ten percent in non-science fields), and seven percent have received doctoral degrees in science. Whether or not they choose scientific careers, Project SEED students are part of the fabric of a community that is more scientifically literate and has an educational level not previously predicted based on their economic demographic.

Hoffmann and ACS Project SEED will be honored by the NSB at a black-tie dinner ceremony on May 13, 2009, along with this year's recipient of the NSB's 2009 Vannevar Bush Award, Mildred Dresselhaus of the Massachusetts Institute of Technology. The National Science Foundation's 2009 Alan T. Waterman Awardee David Charbonneau of Harvard University will receive his award that evening, as well.

About the NSB Public Service Award

Last year, the award recipients were: Bayer Corporation for its long-standing and exemplary commitment to science public outreach, science education, and science policy; and SAE International for its venerable and superior commitment to student and professional engineers, and math and science education. A full list of past public service award winners may be viewed at: http://www.nsf.gov/nsb/awards/public_recipients.jsp.

The NSB is the 25-member policymaking body for the National Science Foundation (NSF) and advisory body to the President and Congress on science and engineering issues. Drawn from universities and industry, and representing a variety of science and engineering disciplines and geographic areas, NSB members are selected for their eminence in research, education, or public service, and records of distinguished service. The NSB has 24 members that serve six-year terms. The 25th member is the NSF Director, an ex officio member of the NSB. For more background on the NSB and its current composition, visit: http://www.nsf.gov/nsb/about/index.jsp.