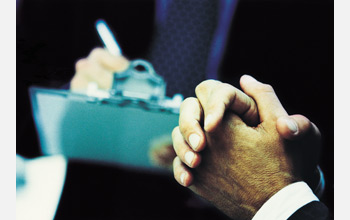 New business R&D survey replaces a previous industry survey that had been conducted since 1953.

Companies located in the United States reported worldwide sales of $11 trillion in calendar year 2008 and spent $330 billion on research and development (R&D). Nearly $234 billion of the R&D expense was for R&D conducted in company facilities located in the United States. This is according to new figures from the National Science Foundation's first ever Business R&D and Innovation Survey (BRDIS) developed jointly with the U.S. Census Bureau.

The new survey results from a 2004 recommendation to redesign NSF's previous industry R&D audit instrument called the Survey of Industrial Research and Development. The National Academies' Committee on National Statistics made the recommendation to cope with dramatic, fast-moving changes in the way R&D has been conducted during the last 50 years.

Conducted as a full-scale pilot, the BRDIS replaces the previous survey, which had been carried out every year since 1953. "Our world has changed a lot since 1953 and so has the way R&D is conducted," said Arden Bement, director of the National Science Foundation. "This new survey addresses those changes."

Specifically, it will allow policymakers and industry officials to gain information about worldwide R&D expenses, R&D employee headcount by occupation category, R&D expenses by detailed business segments, and share of R&D devoted to new business areas and new science or technology activities. None of these capabilities existed with the previous survey, which solely focused on domestic R&D and asked few questions about the makeup of industry employees or a company's ability to innovate technologically in the competitive global marketplace.

The data was taken from a representative sample of about 40,000 U.S.-owned businesses and U.S. affiliates of majority-owning companies located outside the United States that are carrying out research and development activities. Surveys were mailed to companies in January 2009.

Data from the survey can be found on NSF's website. These data are preliminary; final statistics from the pilot will be available in early 2011. Two additional reports scheduled for release in 2010 will present preliminary 2008 statistics on worldwide and domestic employment, including R&D employment and innovation, respectively.