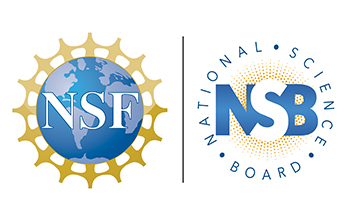 Statement of the National Science Board on Security and Science

Fundamental research is built on open exchanges of ideas and information. These scientific values mirror American ideals of freedom, a combination that has helped our country lead the world in technology, driven our economy and that, in turn, protects our freedom. As the Administration warned in its 2017 National Security Strategy, “Losing our innovation and technological edge would have far-reaching negative implications for American prosperity and power.”

While there are domains where openness can be detrimental to national competitiveness or security, the National Science Board (NSB) strongly reaffirms the principle behind President Reagan’s National Security Decision Directive 189 (NSDD-189): “our leadership position in science and technology is an essential element in our economic and physical security. The strength of American science requires a research environment conducive to creativity, an environment in which the free exchange of ideas is a vital component.”

This policy also dictates that “to the maximum extent possible, the products of fundamental research remain unrestricted,” and specifies that “where the national security requires control, the mechanism for control of information generated during federally funded fundamental research in science, technology and engineering at colleges, universities and laboratories is classification.” This principle was reaffirmed by Undersecretary of Defense Ashton Carter in 2010, and earlier by Assistant to the President for National Security Affairs Condoleezza Rice, who noted in 2001: “The key to maintaining U.S. technological preeminence is to encourage open and collaborative basic research. The linkage between the free exchange of ideas and scientific innovation, prosperity, and U.S. national security is undeniable.”

The National Science Board strongly agrees, and further emphasizes that the United States’ commitment to freedom of inquiry, innovation, and the marketplace of ideas has helped the U.S. grow, attract, and retain our world-class science and engineering workforce.

In light of the importance of American technological preeminence for our economy and security, the NSB urges that the development of any new policies that restrict fundamental research beyond NSDD-189 engage all relevant stakeholders and consider both risks and benefits.

As partners in the scientific enterprise, U.S. universities and colleges must help promote scientific openness and integrity and safeguard information that impacts national security and economic competitiveness. The NSB recommends that all institutions conducting fundamental research supported by the National Science Foundation embrace transparency and rigorously adhere to conflict of interest and conflict of commitment policies. The Board also encourages those institutions to educate their communities about how to protect the integrity of research.

The NSB and NSF’s Director jointly head the agency. The Board identifies issues critical to NSF's future and establishes its policies. The NSB also provides the President and Congress with Science and Engineering Indicators, a biennial report on U.S. progress in science and technology. Members are appointed by the President for six-year terms and are selected for their eminence in research, education and records of distinguished service.